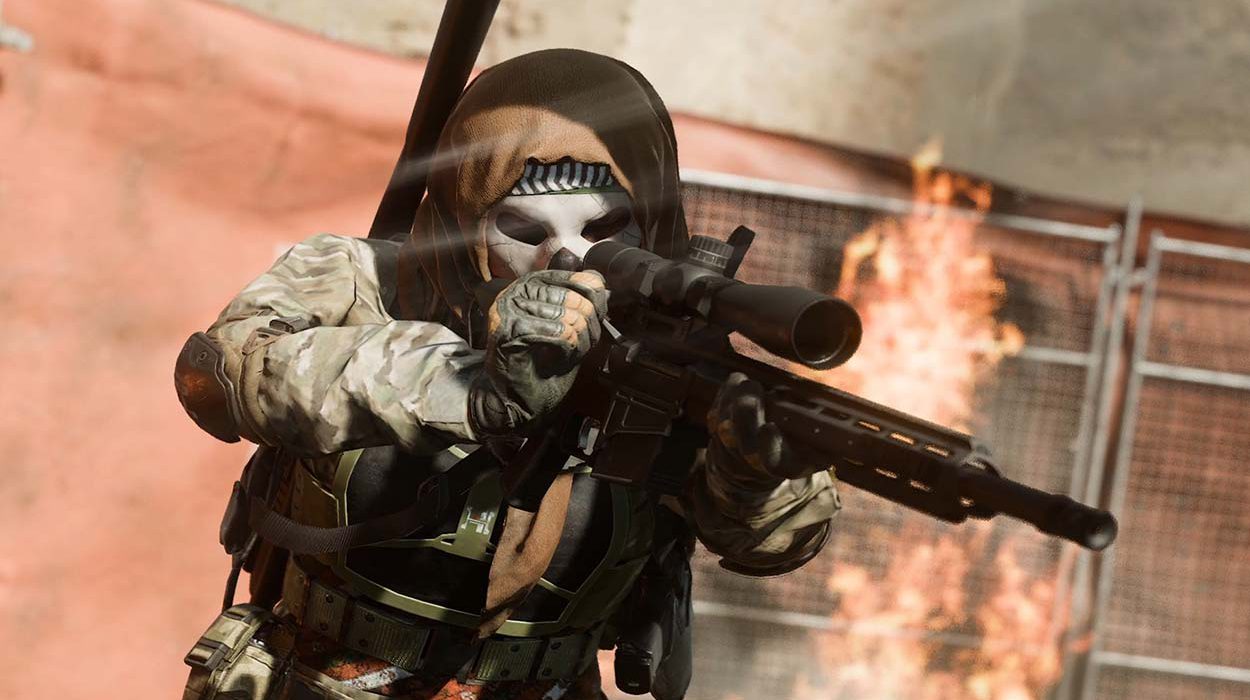 The ongoing effects of the pandemic has caused further delays to lots of games in 2022. Many developers big and small have been force to push their planned releases back to next year and beyond.

Despite this, their are plenty of games arriving by the end of this year for gamers of all platforms to enjoy. From big AAA titles to hyped up indies, 2022 still has a lot in store.

If you’re wondering what games can keep you busy for the rest of this year, we have created a list of some of our most anticipated titles. And to make your search for a new game that much simpler, we have listed them in order of release below.

The surprise sequel to Activision Blizzard’s extremely popular PvP shooter has been the cause of many debates since it was first announced. Many fans of the original game questioned the need for a sequel, which led to concerns over the direction of the franchise.

However, Overwatch 2 looks to be shaking things up with some big changes to the original format. These changes include a move to free-to-play, re-imagined 5v5 format, cross progression, and a future PvE mode. Whether these changes are good or not, they are enough to justify the decision to create a new game.

Lots of fans would have already managed to get a hands-on look at Overwatch 2 thanks to the betas earlier this year. But for those that haven’t experience it yet will be able to play on October 4th, when the game enters early access.

Pitched as a new experience for fans of the Batman Arkham series, Gotham Knights is set in a version of the DC universe in which Batman has mysteriously died. Set during the aftermath, players will be able to control 4 of Batman’s iconic sidekicks as they adjust to life without their mentor.

As expected, Gotham City will be riddled with crime that needs to be dealt with. Batgirl, Robin, Nightwing, and Red Hood are teaming up to fight these threats whilst trying to unravel the mystery behind Batman’s death. Whilst Gotham Knights is not a direct continuation of the Arkham games, it takes a lot of inspiration from the beloved series.

There is plenty that separates Gotham Knights from the previous Warner Bros game though, with the main difference being the ability to switch between 4 different characters. The game is sure to be a popular purchase when it releases next month due to its DC branding, but a Gotham City without Batman is more than enough to have us interested.

The debacle between Xbox and PlayStation over the importance of Call of Duty to their respective platform could not have come at a better time for the franchise. The events following Xbox’s planned Activision Blizzard acquisition has put Call of Duty back into the headlines all over the world, just in time for the release of their newest addition to the long-running series.

Whilst recent games and gameplay we have seen so far suggests the reboot could struggle to reach the heights of its predecessor, it does have the potential to provide a return to form for Call of Duty. Whilst the beta is set to roll out in September, Call of Duty: Modern Warfare II will officially release on 21st October on PlayStation, Xbox, and PC.

Arguably PlayStation’s biggest release of 2022, God of War Ragnarok, is on it’s way to PS4 and PS5 in November. The latest addition to the franchise is a direct follow-up to the 2018 reboot. After completing his quest of decimating the figureheads of Greek mythology, the new series of games sees Kratos journey through Norse mythology.

With just over a month until the much anticipated sequel finally releases, we recently received a new trailer for God of War Ragnarok. The trailer offered a lot of insight into the game’s story, and showed off a number of epic boss fights that will occur throughout the campaign. Whilst there was plenty of hype for the game in the first place, the latest glimpse has got fans even more excited for PlayStation’s next big release.

God of War Ragnarok will be exclusively available on PlayStation platforms from November 9th. To mark the occasion, PS5 owners will also be able to purchase a limited edition DualSense controller that takes inspiration from the game’s settings and characters.

The next instalments of the most popular media franchise in the world, Pokémon Scarlet & Violet are set to take players to the Paldea region. A region inspired by the Mediterranean country of Spain, Paldea is a tropical land filled with grand lakes, mosaic towns, and treacherous mountain ranges.

Scarlet & Violet look to be heavily inspired by last year’s spin-off title, Pokémon: Legends Arceus. Whilst there have been mixed messages over whether Legends : Arceus is part of the main timeline, the open world element from the 2021 release has been transferred into the main series’ newest games. This evolution from the traditional formula is likely to divide the opinions of lifelong fans, but the consensus from Legends: Arceus suggests that most fans will welcome the changes.

Pokémon Scarlet and Pokémon Violet will release exclusively on the Nintendo Switch on November 15th. As tradition, both Scarlet and Violet will be sold separately, with each version offering exclusive content.

After stealing the headlines at Summer Game Fest with its hilarious Dead Island 2 parody trailer, Goat Simulator 3 is finally crashing onto various platform. Despite what the title may imply, this game is only the second Goat Simulator title.

The simulator genre has plenty of strange experiences, but Goat Simulator became a cult classic due to its chaotic gameplay and endless possibilities for carnage. As the trailer suggests, this game does not take itself too seriously. So if you are looking for an authentic, ultra-realistic game, this is probably not the game for you. But if you’re looking for a game that all about uncontrollable fun, Goat Simulator 3 is a great option.

Goat Simulator 3 is headbutting its way onto PC, Xbox, and PlayStation on November 17th.

The past year has appeared to revive the sci-fi horror genre. Along with the announcement of a Dead Space remake last year, Summer Game Fest 2022 included multiple games that fit the same mold. One of these games is The Callisto Protocol, which is former Dead Space director Glen Schofield’s spiritual successor.

To say that The Callisto Protocol is inspired by Schofield’s former project is an understatement. From what has been shown off so far, the game’s setting, mechanics, and characters are almost identical to Dead Space. Set on Jupiter’s moon, the story follows prisoner Jacob Lee as he attempts to escape the alien infested Black Iron Prison. Trailers for The Callisto Protocol have received a generally positive response due to the stunning visuals and gory death animations.

The Callisto Protocol is set to release for Xbox, PlayStation, and PC on December 2nd.

Anyone who has watched Rick & Morty will know that the mind of Justin Roiland is of full of bizarre scientific and alien concepts. Whether it’s a never-ending cycle of decoys battling each other, or a device that lets you transform into a pickle, Roiland tackles each wacky idea with the utmost detail. And now, the Rick & Morty Creator has constructed a new world that fans can explore for themselves.

High on Life is the second game developed by Roiland’s gaming company, Squanch Games. In the game, you play as a human bounty hunter who is trying to stop an alien race from invading Earth and using humans for recreational purposes. And if that’s not strange enough for you, the weapons that will aid you in the fight for survival are also aliens that can talk, a lot.

High on Life is bound to bring plenty of laughs to players when it releases as an Xbox exclusive on December 12th. 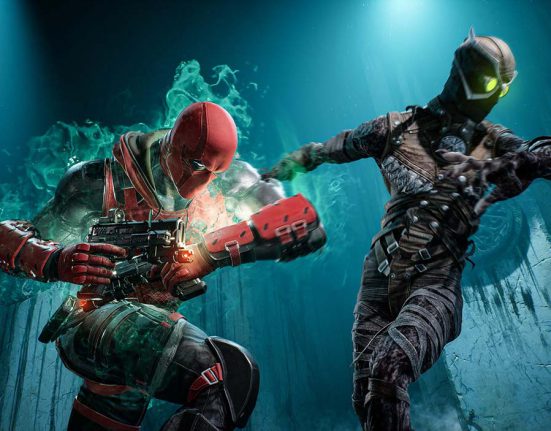 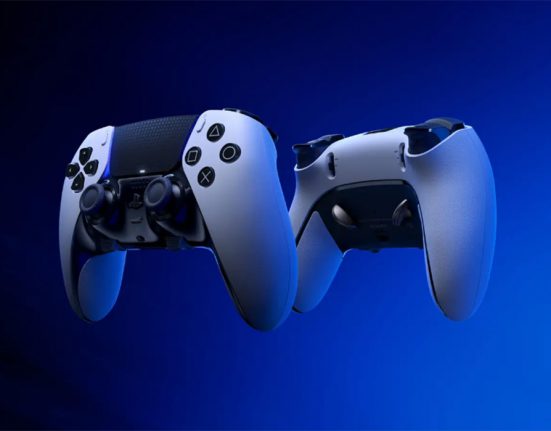 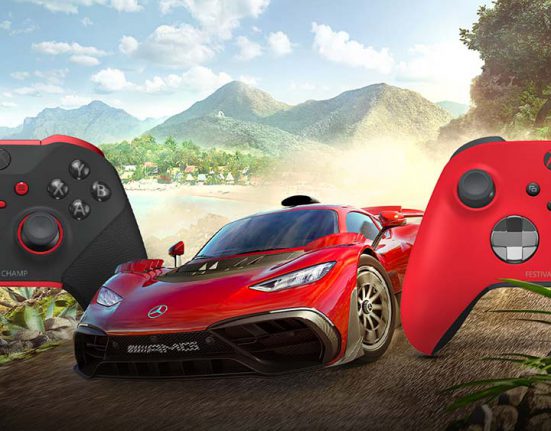 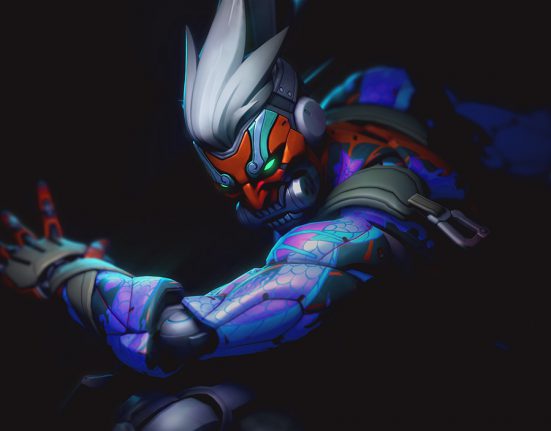 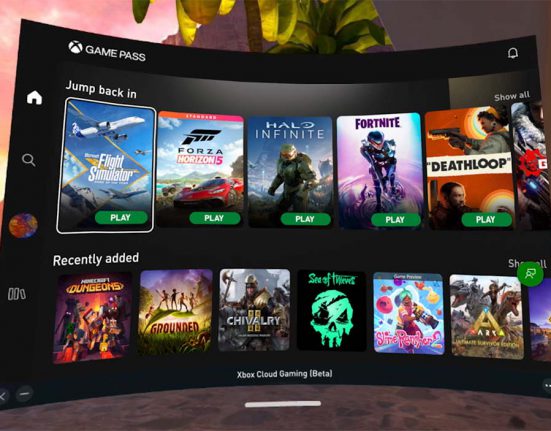 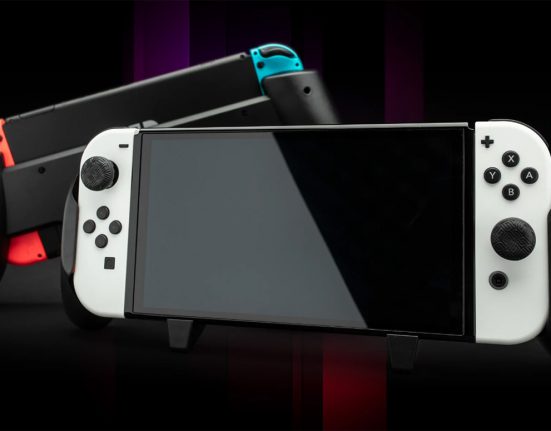